As part of the series of events marking the St Stephen Memorial Year, Székesfehérvár is hosting the events of the 86 th Stamp Day and the HUNFILA2013 – Székesfehérvár International Stamp Exhibition between 26 and 28 April 2013.Magyar Posta is issuing its traditional stamp block with a surcharge and a two denomination set of stamps for this year’s Stamp Day. Magyar Posta devotes the HUF 200 surcharge on each block to supporting organised stamp collecting in Hungary. The Stamp Day novelties, designed by Barnabás Baticz based on photographs by József Hajdú, were printed by the ANY Security Printing Company. 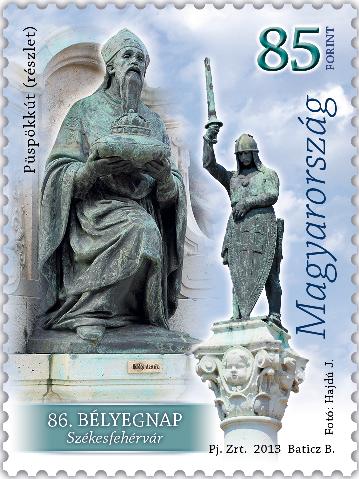 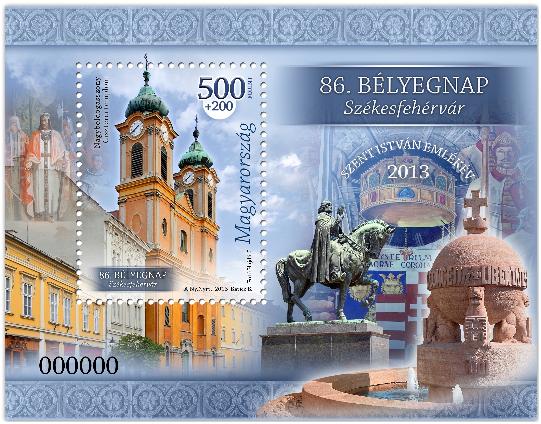 The design of the block’s stamp features the Cistercian church of Our Lady in Székesfehérvár and some of the sights of the city appear in the border. Details of Jenő Bory’s Bishops Fountain, Saint Astrik of Pannonhalma and the top of the composition, are shown on the HUF 85 stamp. The city hall of Székesfehérvár provides the background for the HUF 110 stamp with the statue of Justice from the left side of the building’s balcony occupying the foreground. The selvedge bears the inscription in Hungarian “Székesfehérvár, city of kings”.

Székesfehérvár, the city of kings, is an episcopal seat, and a historic, cultural and economic centre. It is one of Hungary’s oldest cities, the second most extensive city in Transdanubia and the county seat of Fejér county. After the death of Saint Stephen, all forty-three Hungarian kings between 1038 and 1543 were crowned in the city, and the Basilica is the last resting place of fifteen kings from the House of Árpád and seven kings from other houses. According to a 15th-century document: “Hungarians have three laws. It is believed that, if any of the three laws is not fulfilled, the king is not the rightful monarch. The first says that the king has to be crowned with the Holy Crown of Hungary. The second that he has to be crowned by the Archbishop of Esztergom. The third that the coronation has to take place in Székesfehérvár.” Source: szekesfehervar.hu; utazok.hu 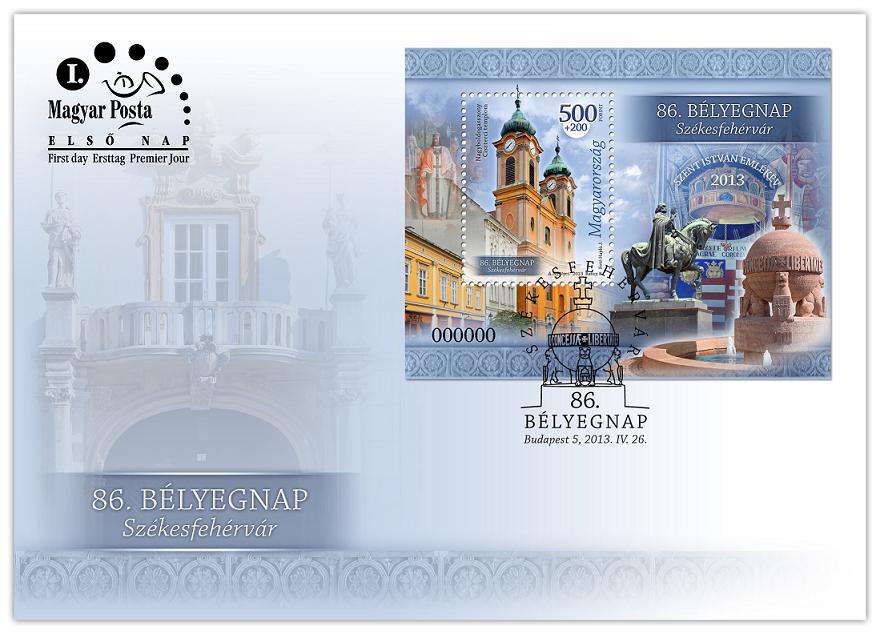 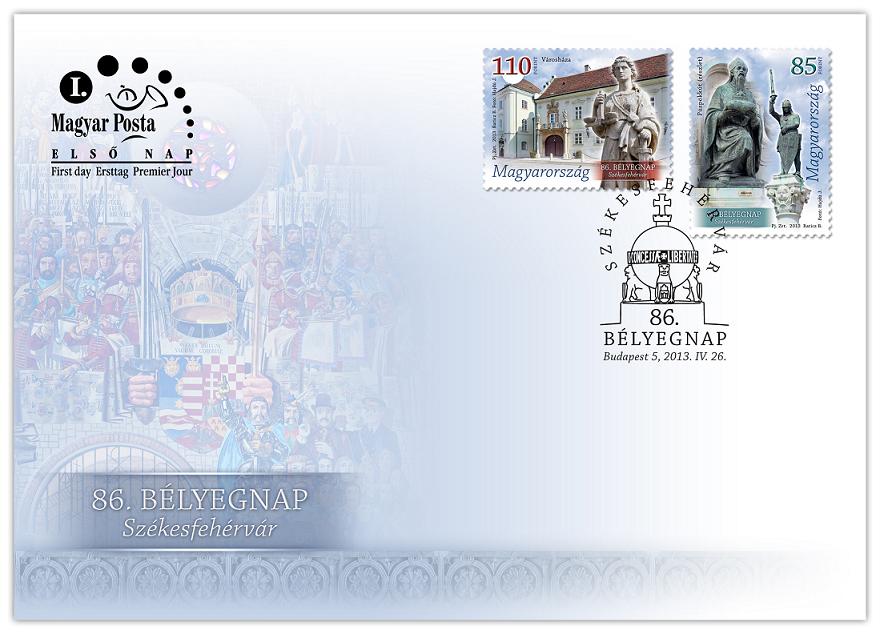