A few years ago Magyar Posta began a series of ordinary stamps presenting Hungary’s spas. This year’s stamps show characteristic parts of the exterior and interior of the Széchenyi Thermal Baths. The graphics of the first day cover and the postmark use compositions related to the baths. The new stamps were designed by the graphic artist Ferenc Svindt using photographs by József Hajdú and made by the banknote printing company Pénzjegynyomda. The new releases will be available at Filaposta and large post offices in Hungary from 2 April, but may also be purchased from Magyar Posta’s online store. 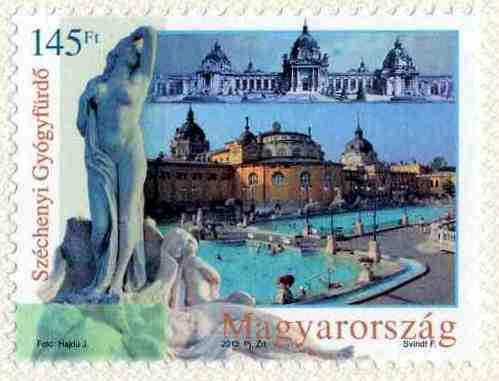 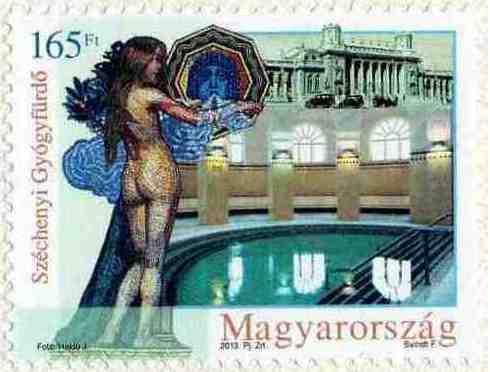 The Széchenyi Thermal Baths, one of Europe’s largest spa complexes, were the first such establishment on the Pest side of the river in Budapest. It was built in a modern Renaissance style between 1909 and 1913. On the initiative of the mining engineer Vilmos Zsigmondy boreholes were successfully drilled in the City Park, where an artesian spa had operated since 1881. As the years passed, this earlier facility increasingly failed to satisfy public requirements, so the Széchenyi Thermal Baths designed by Győző Czigler were completed in 1913. Separate public baths for men and women and a lido were added in 1927. Further improvements were made in the mid 1960s and a mixed thermal section for use in swimming costumes was created. In 1999 the swimming pools were reconstructed and a new filtration and pumping system installed. The adventure pool has a lazy river, underwater effervescence, neck showers and back-massaging water jets built into the benches for sitting in the pool and a lot of other services. There are fifteen indoor and three outdoor pools, and ten sauna and steam cabins for bathers to enjoy. The baths welcome more than one million visitors each year and won the prestigious title Hungarian Product Grand Prix in 2012.
The baths have been supplied by water from the St Stephen 2 well since 1938. The thermal water contains sodium, calcium, magnesium, hydrogen carbonate and sulphate, as well as considerable amounts of fluoride and metaboric acid. The medicinal water from the drinking fountain contains chloride, calcium, magnesium, hydrogen carbonate, sulphate, alkalis and a substantial amount of fluoride. Source: szechenyifurdo.hu
To date stamps featuring the Szent Lukács and the Gellért Spa (2011) and the Király and the Rudas Baths (2012) have appeared in the series Health Tourism – Spas. 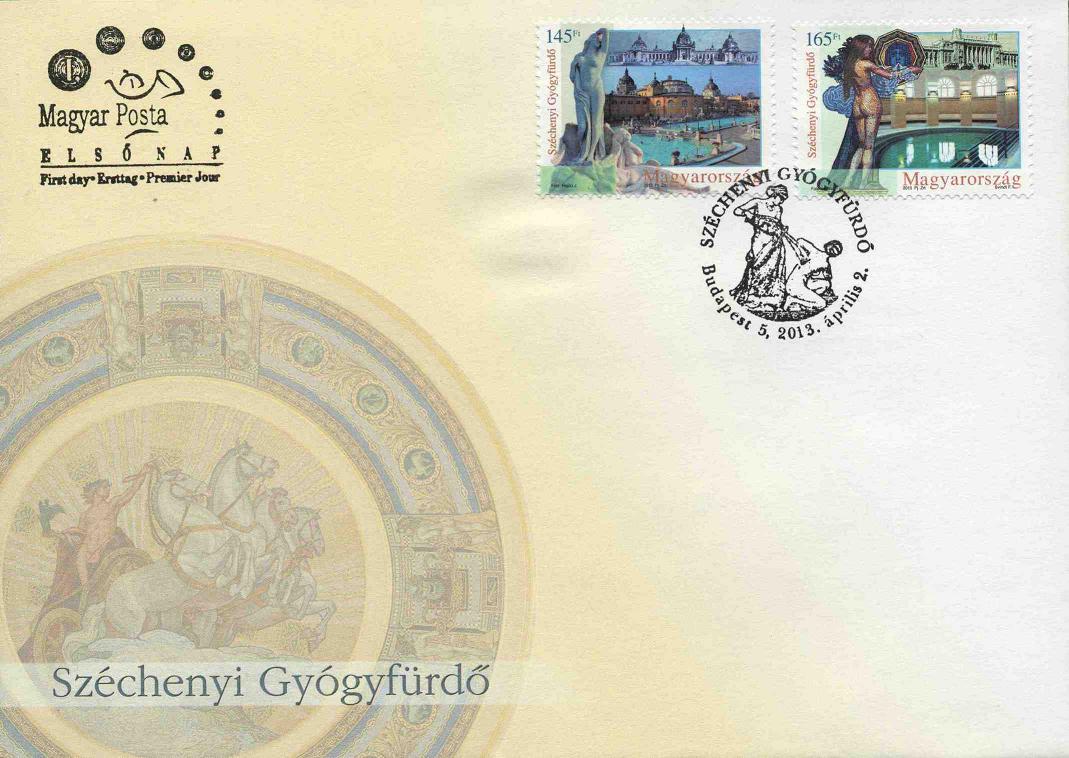