Bicentenary of the birth of Richard Wagner and Giuseppe Verdi

Magyar Posta is releasing “audible” postage stamps to mark the 200th anniversary of the birth of Richard Wagner and Giuseppe Verdi.

The release is unusual because this is the first time that a QR code has appeared on Hungarian postage stamps. With a smart phone and the Internet information about the bicentenary on the HungarianState Opera House’s web site can be heard and read. Portraits of the composers are at the centre of the stamp designs, while graphic compositions referring to works by them (Das Rheingold and Aida) are in the background. Fifty thousand copies of the miniature sheets designed by the Kossuth Prize-winning graphic artist István Orosz were printed by the ANY Security Printing Company. 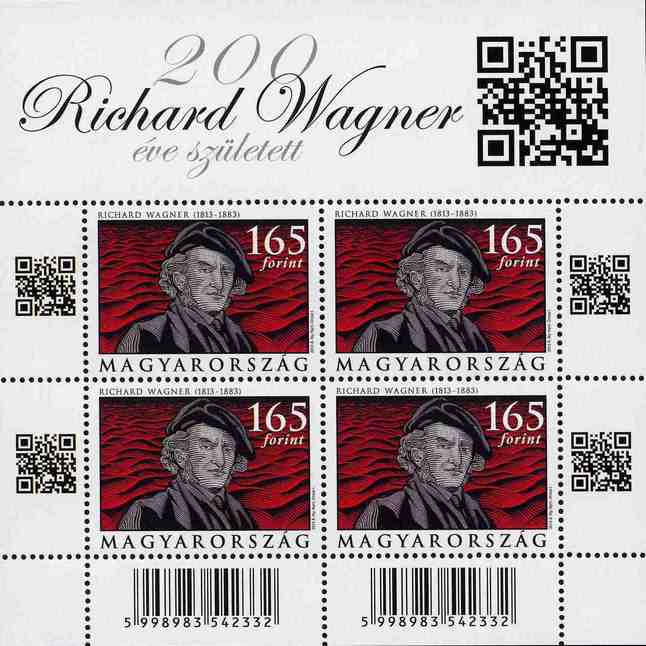 Wilhelm Richard Wagner (Leipzig, 22 May 1813 – Venice, 13 February 1883) was a German composer, conductor, aesthete and reformer of German opera. Wagner did not have a regular musical education, and learnt the most important aspects of composition from Theodor Weinling, the choirmaster at St Thomas’ church in Leipzig. His operas have assured his immortality as a composer, but he composed works in several other areas (incidental theatre, orchestral and chamber music, choral works, songs, arias, piano pieces, transcription and orchestration). His music is typified by the concept of Gesamtkunstwerk (a total work fusing music, the libretto and drama) and the use of leitmotifs, endless melody and sprechgesang. 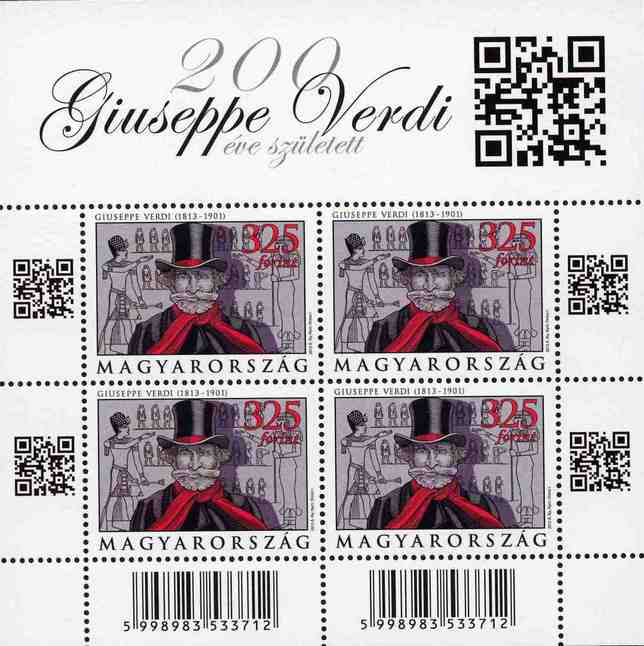 Giuseppe Fortunino Francesco Verdi (Le Roncole, 10 October 1813 – Milan, 27 January 1901) was one of the most famous 19th-century Italian composers and an outstanding figure in opera. His work diverged from the works of Rossini, Bellini and Donizetti, breaking away from bel canto clichés and making song serve musical drama. For precisely this reason contemporary critics frequently considered his music raw and unpolished. His influence was immense, both on the generation of fin-de-siècle Italian opera composers, directly affecting Puccini and his contemporaries, and on the development of 20th-century opera. His works still enjoy great success today worldwide and some of his themes have become much loved favourites. (Source: hu.wikipedia.org) 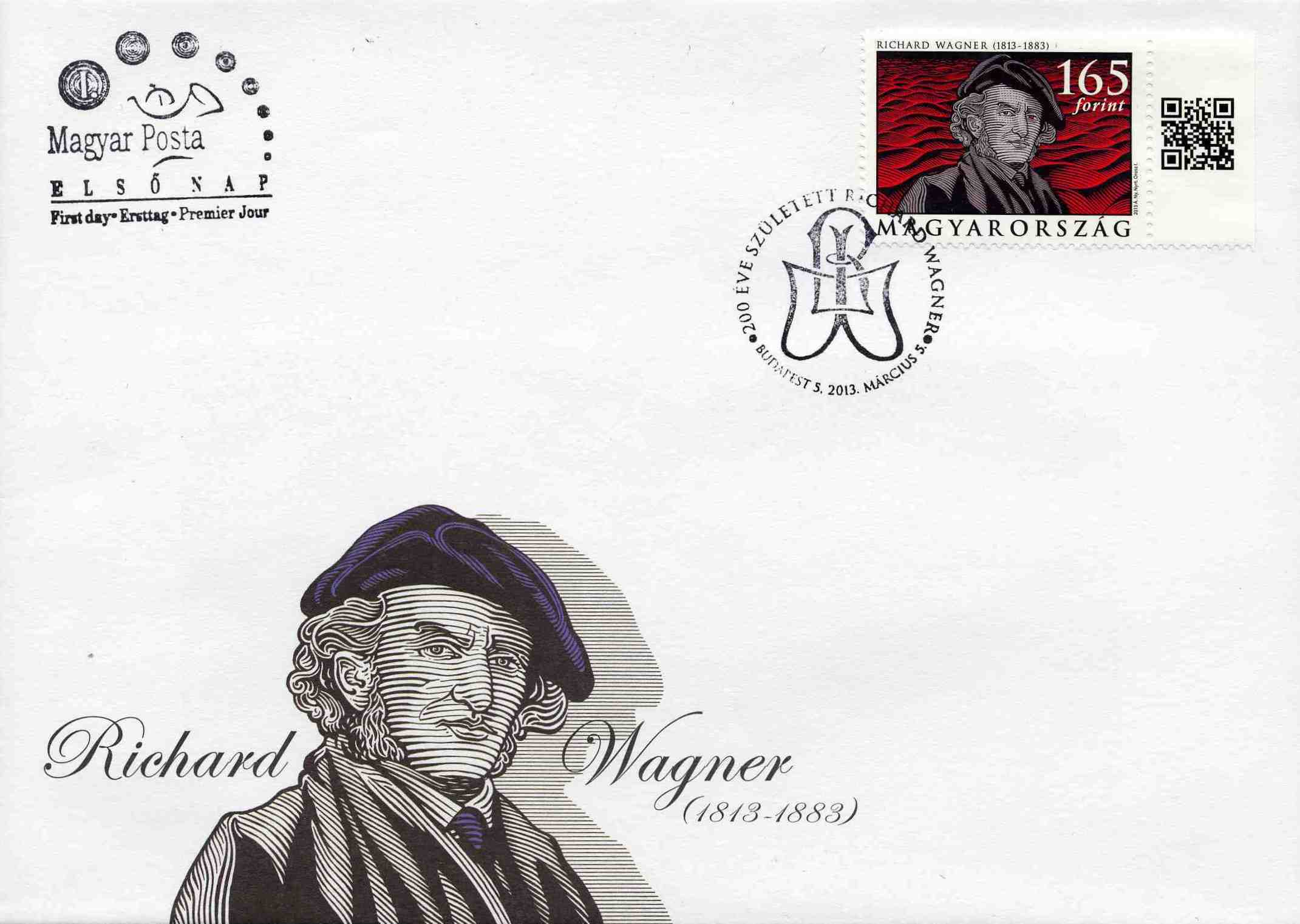 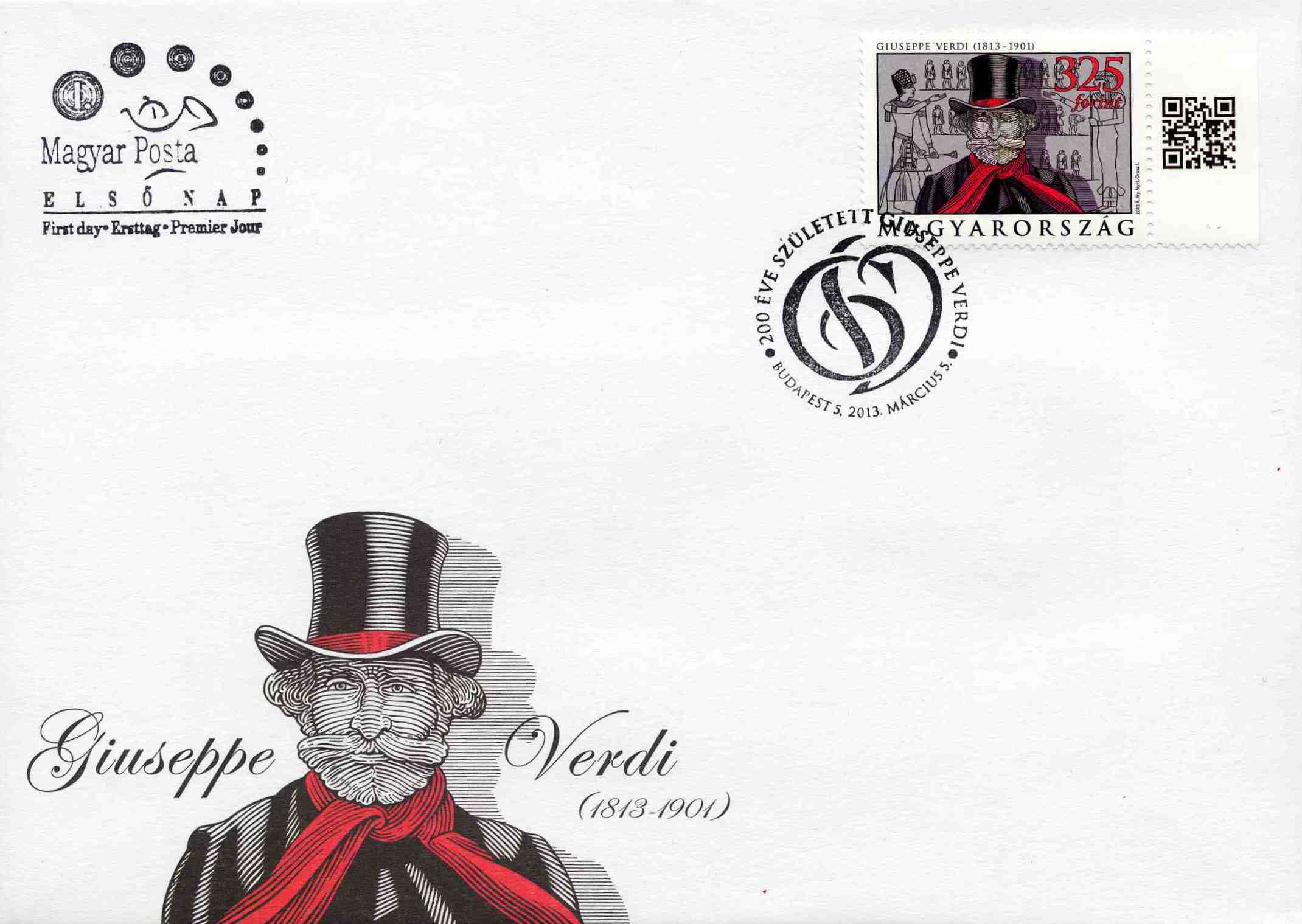