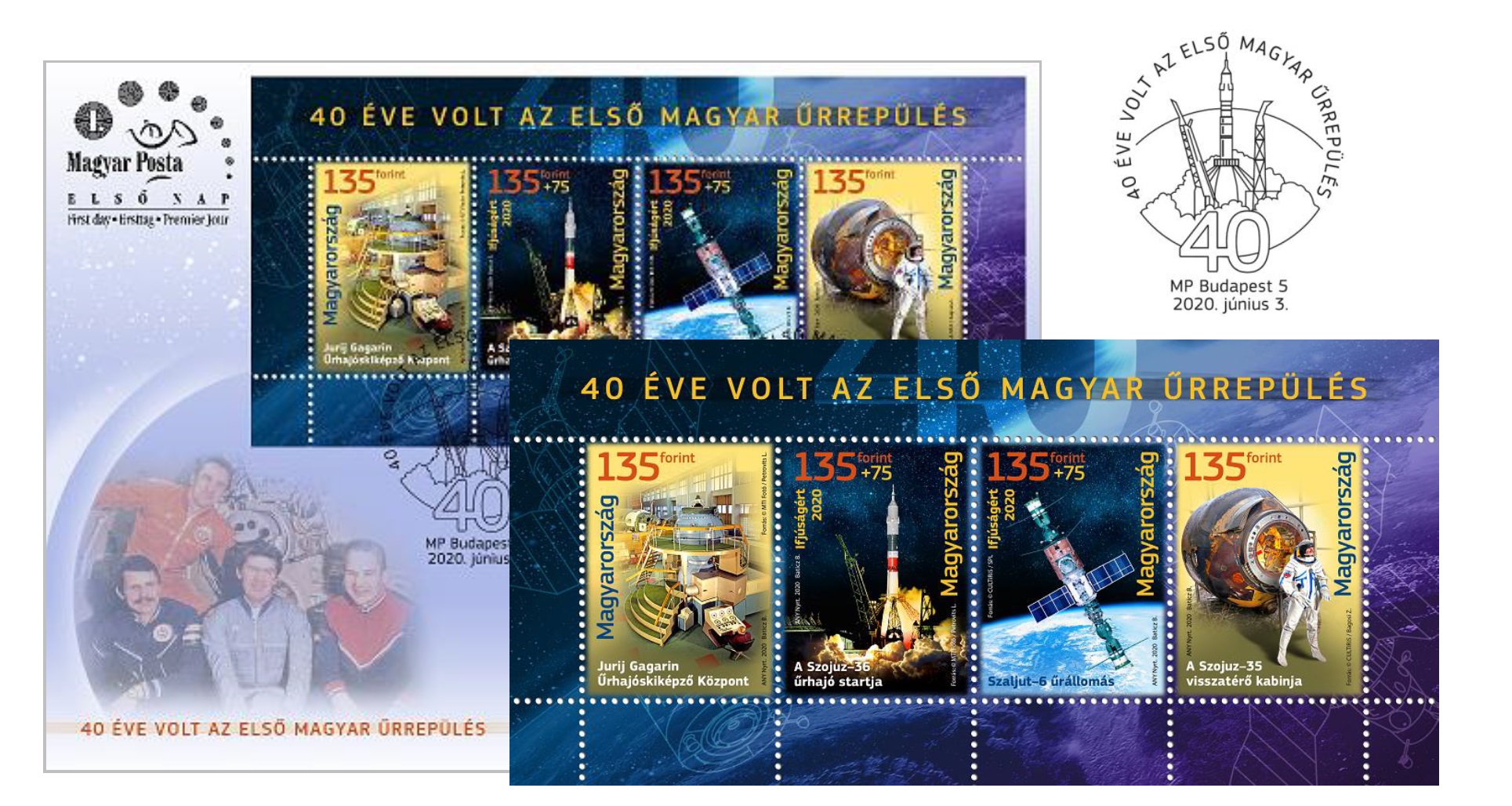 For youth 2020: The first Hungarian space flight was 40 years ago

It is now 40 years since the first Hungarian flew in space and Magyar Posta is marking this anniversary with a stamp issue. The amount of the surcharge to support youth stamp collecting on two of the stamps of the miniature sheet totalling HUF 150 is devoted to promoting philately among young people. Fifteen thousand copies of the commemorative miniature sheet of four stamps designed by the graphic artist Barnabás Baticz were produced by ANY Security Printing Company. The new issue is available from Filaposta, philately specialist services, certain post offices and www.posta.hu-n.

Thanks to the Interkosmos Programme, Hungary had the opportunity to take part in the Soviet Union’s international space research programme for peaceful purposes. Rigorous tests to evaluate medical, intellectual and psychological suitability preceded the selection of the cosmonauts. Among the 95 fighter pilots considered for the space mission, the two most suitable were Bertalan Farkas and Béla Magyari. Based on the decision of the state committee, Bertalan Farkas and Valery Kubasov were chosen for the space flight. Soyuz 36 lifted off on 26 May 1980 and docked with the Salyut 6 space station, manned by V Ryumin and L Popov, on 27 May. The Soviet-Hungarian pair of cosmonauts returned to Earth in the re-entry capsule of Soyuz 35 on 3 June 1980.

The designs of the stamps of the commemorative miniature sheet show the Yuri Gagarin Cosmonaut Training Centre, the launch of Soyuz 36, the Salyut 6 space station and the returning cabin of Soyuz 35.