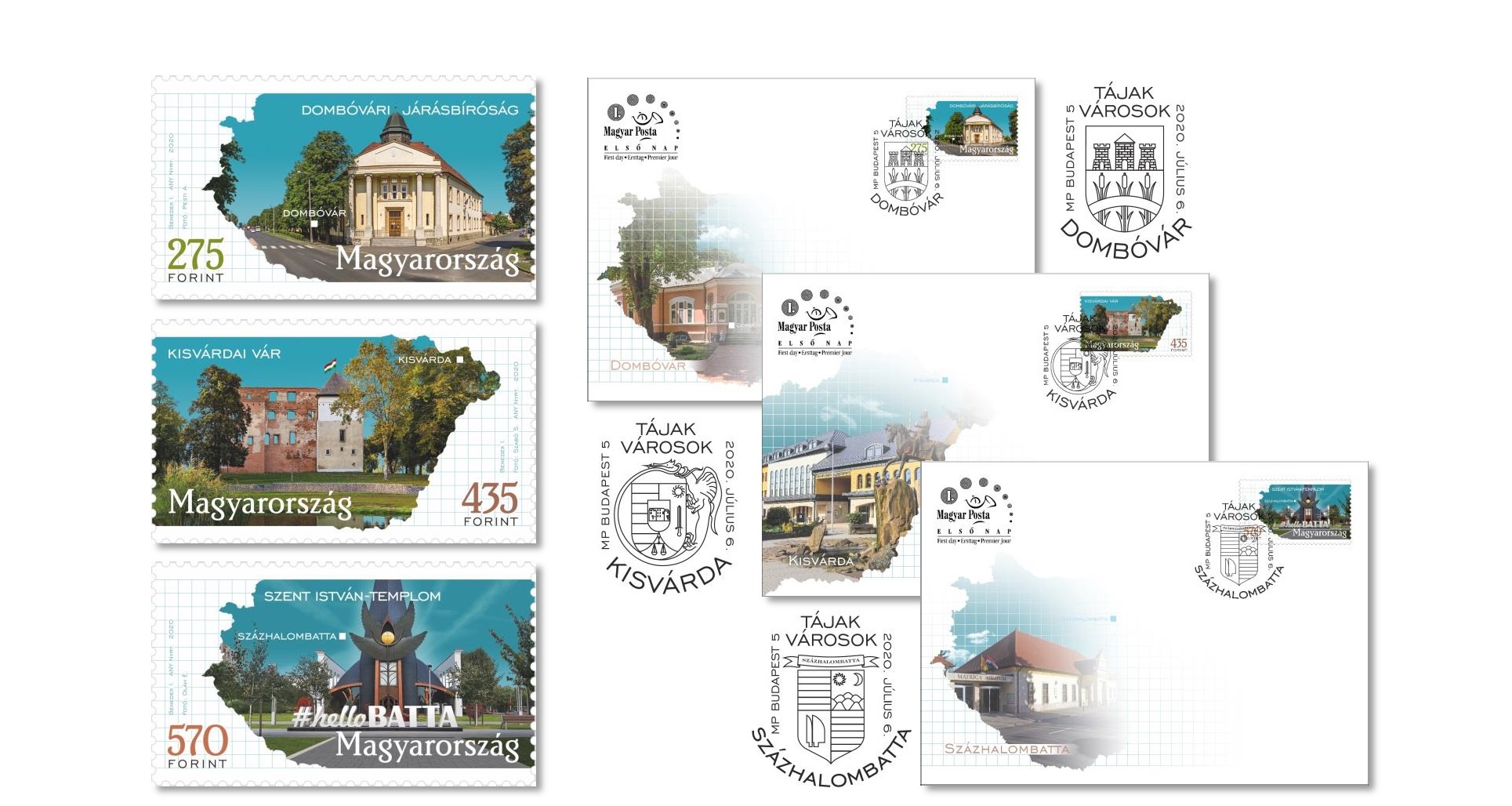 The three new stamps in Magyar Posta’s series on the subject of Regions and Towns in 2020 feature Dombóvár, Kisvárda and Százhalombatta, all celebrating their 50th anniversary of becoming a town. As well as showing some main sights, the graphic composition of the stamps allows the position of the towns to be indicated on the map of Hungary. Fifty thousand copies of the stamps of the series designed by the graphic artist Imre Benedek were produced by ANY Security Printing Company. The new issues are available from Filaposta, philately specialist services, certain post offices and www.posta.hu.

Dombóvár lies in the south-western part of Tolna county. Archaeological finds show that the locality has been inhabited since the Stone Age and Bronze Age, and the place played an important role in Roman times. The stamp features the building of the Dombóvár District Court, while the Dombóvár Local History Collection appears on the first day cover.

Kisvárda is situated in Szabolcs-Szatmár-Bereg county. Its name, meaning small fort, dates back to the arrival of the Magyar tribes in the Hungarian Basin, when our forebears called the place after the defence earthworks that they found there. Kisvárda Castle is shown on the stamp, and the Kisvárda Conference Centre and the equestrian statue of King Louis I by Sándor Györfi are on the first day cover.

Százhalombatta is located in Pest county. The remains of a 4,000-year-old Bronze-Age village confirm that the locality has been inhabited since that time. Százhalombatta features in the medieval chronicle of Anonymus. The stamp shows the church of Saint Stephen designed by Imre Makovecz, while the Matrica Museum appears on the first day cover.

The design of the three postmarks uses a stylised version of the arms of each of the towns.