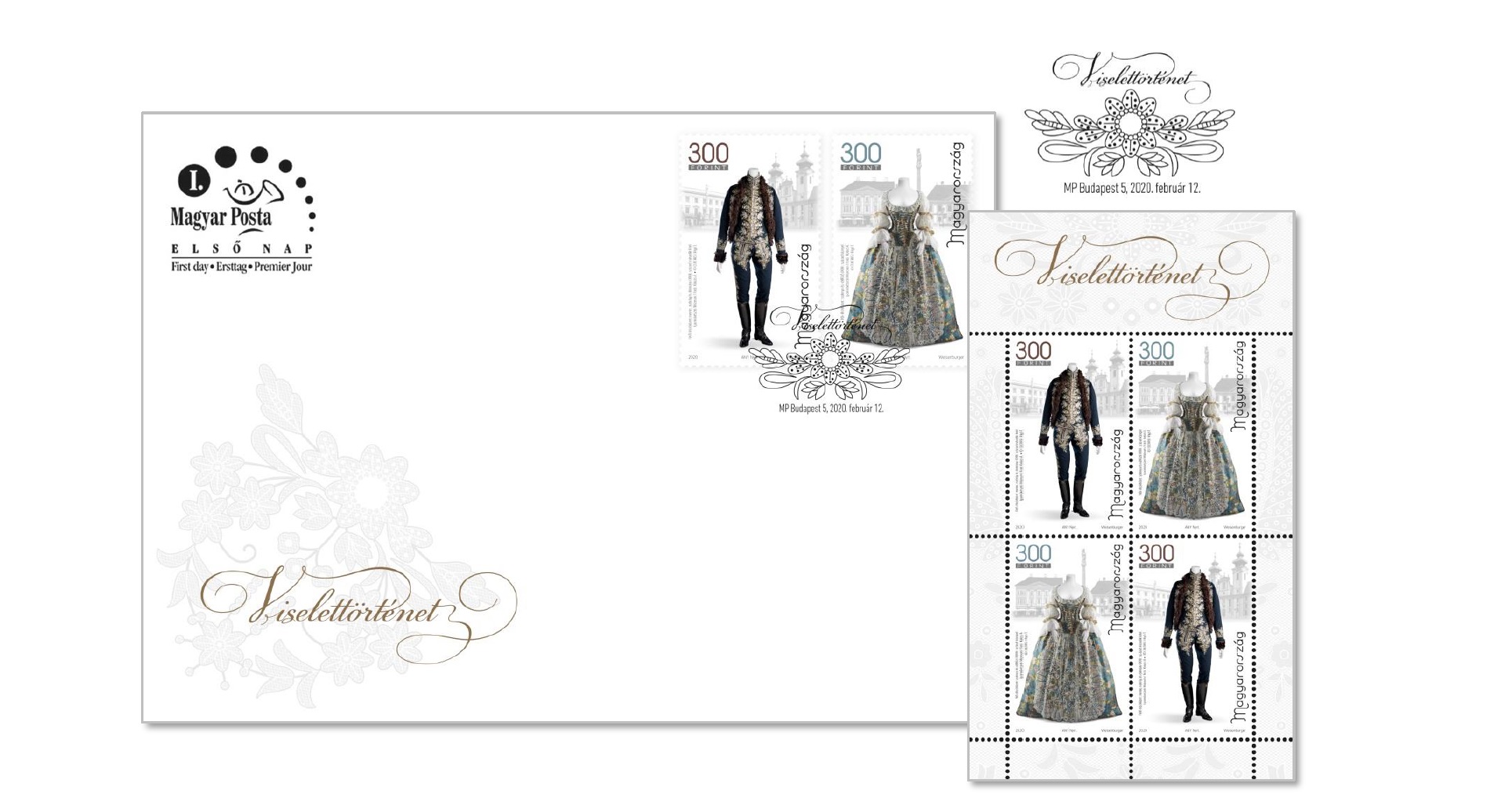 Magyar Posta is continuing its stamp series History of Clothing by presenting two 18th-century outfits. Twenty thousand copies of the new issue designed by the graphic artist István Weisenburger were produced by ANY Security Printing Company. The miniature sheet released on 12 February 2020 will be available from Filaposta, philately specialist services, certain post offices and www.posta.hu . 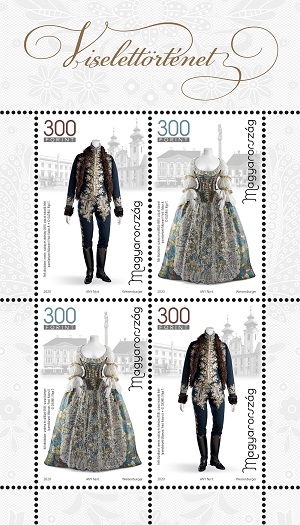 The third miniature sheet of the stamp series, which began in 2016, shows historic clothing of the Hungarian nobility from the 18th century.

The first stamp features a male full-dress period costume consisting of a close-fitting, csakora-cut dolman with a brown short fur-lined coat bordered with lambfleece as well as tight, embroidered Hungarian trousers. The garments were bought by the Museum of Applied Arts from the Budapest antiques dealer József Wolf.

The female gala dress shown on the second stamp was donated to the Museum of Applied Arts by the widow of the member of parliament Zsigmond Milkovich, Mária Zámory, the owner of the estate at Koroncó. The richly decorated silk skirt appears on the stamp with a low-cut bodice stiffened with whalebone and adorned with silk ribbons.

In the background of the stamps baroque buildings from the centre of Győr are depicted as the Milkovich family were closely associated with the city, where Zsuzsanna’s father, Jakab, was the county sheriff.
In the frame of the miniature sheet, on the first day cover and in the postmark, stylised graphic designs inspired by the costumes can be seen.