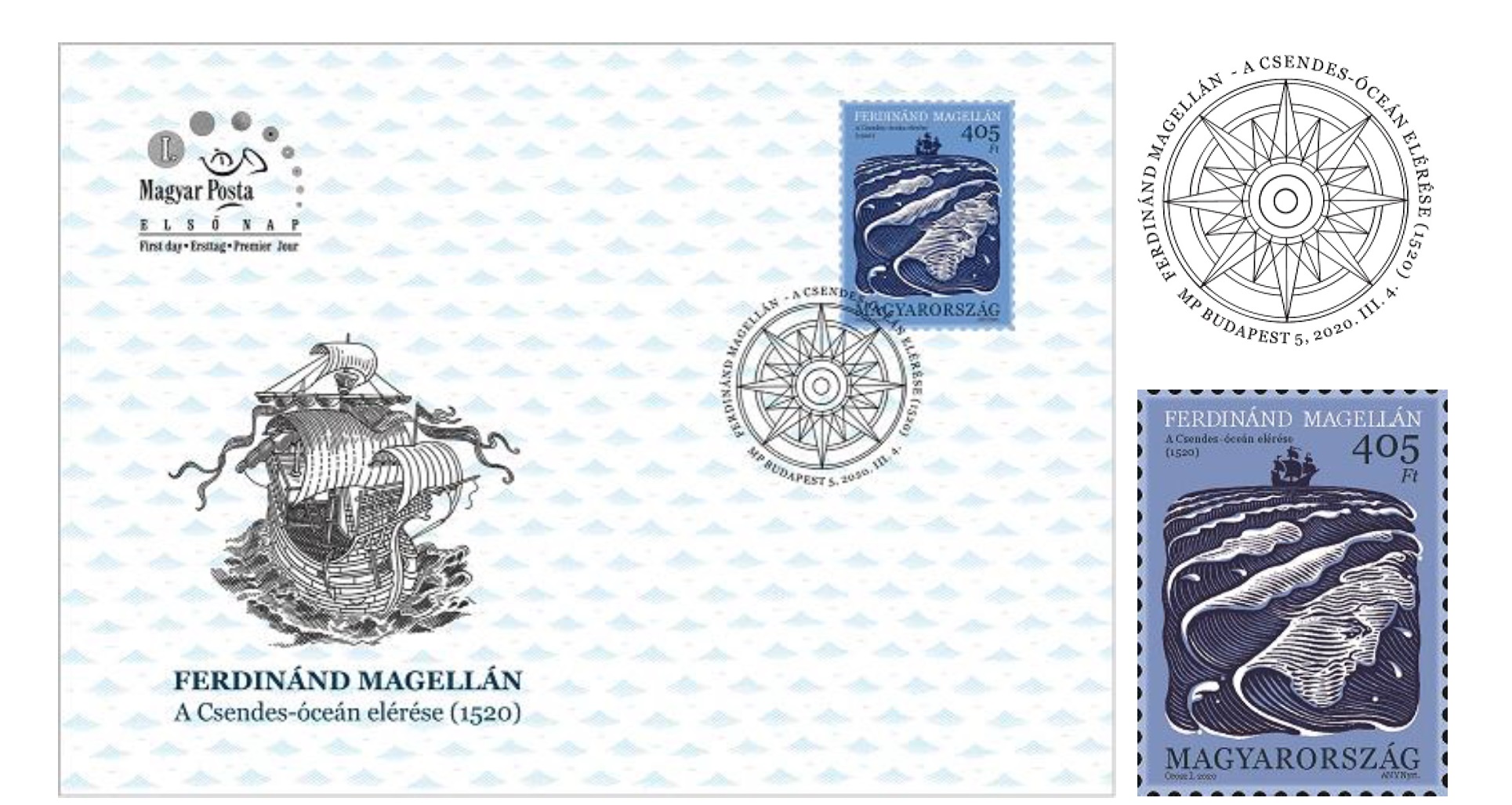 Magyar Posta is issuing a special stamp to mark the 500th anniversary of Magellan reaching the Pacific Ocean. Fifty thousand copies of the stamp designed by the Kossuth Prize-winning graphic artist István Orosz were produced by ANY Security Printing Company. The new issue will go on sale on 4 March 2020 and from that date will be available at first day post offices, Filaposta, philately specialist services, certain post offices and www.posta.hu. 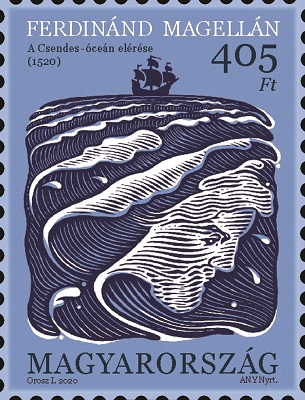 The Portuguese mariner and explorer Ferdinand Magellan (Fernão de Magalhães) gave the Pacific Ocean its name. A fleet of five ships under his command set off on an expedition in 1519, one of which became the first vessel to circumnavigate the globe. After three years, the sole remaining ship, the Victoria, rounded Africa and returned to Spain though Magellan himself had lost his life en route in a dispute with natives.On board the Victoria were 18 members of the original expedition, three Malays, and a huge quantity of spices that not only covered the costs of the expedition but also realised a profit. However, the scientific value of the voyage was far greater as it demonstrated in practice that the world is round and encircled by contiguous ocean, which allows ships to circumnavigate the Earth.

The design of the stamp shows a sailing ship riding breaking waves set on a blue background symbolising the endless ocean and sky. The profile of a bearded man, a reference to Magellan, is outlined in the foam of a wave. A ship of the period in full sail appears on the first day cover, while the postmark has a stylised drawing of a compass.