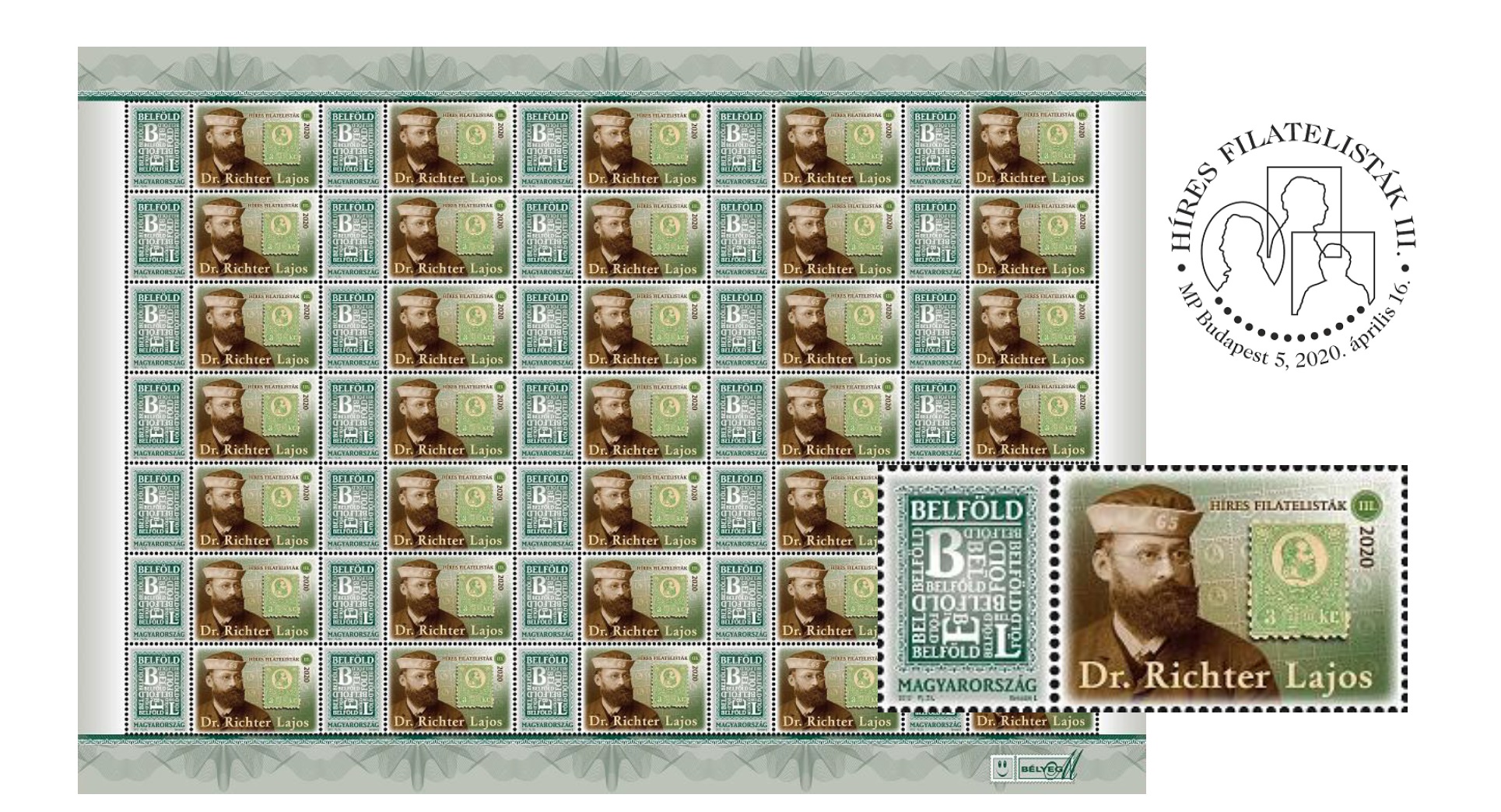 For the third time Magyar Posta is issuing a thematic personalised stamp on Eminent Philatelists, which on this occasion features the well-known stamp collector Dr Lajos Richter. Eight thousand copies of the stamp with a label designed by the graphic artist Imre Benedek were produced.

Dr Lajos Richter was a secondary school teacher in Budapest and the first president of the First Hungarian Society of Postage Stamp Collectors, holding this post for 16 years between 1884 and 1900. In this capacity he became one of the chief organisers of the first Hungarian stamp exhibition (and the ninth recorded worldwide), which was held on 27 January 1886 attracting international attention.

His famed collection featured at international exhibitions on a number of occasions. It included a complete unused pane of one of the rarest series of Hungarian stamps, which was printed by lithography, the 1871 3-krajcár stamps. The collection was bought by the Leipzig firm Senf for about 200,000 crowns (over half a billion Hungarian forints at today’s prices). The company sold the stamps of the series individually providing a guarantee of authenticity for each one of them. Today the whereabouts of only a few of the pieces are known.

A portrait of Dr Lajos Richter appears on the label for the stamp. In the background there is a detail of the no longer extant pane of lithographic 3-krajcár stamps for which the graphic designer used the Palmans reconstruction of the pane based on the perforations of the individual stamps, and one stamp from the series.