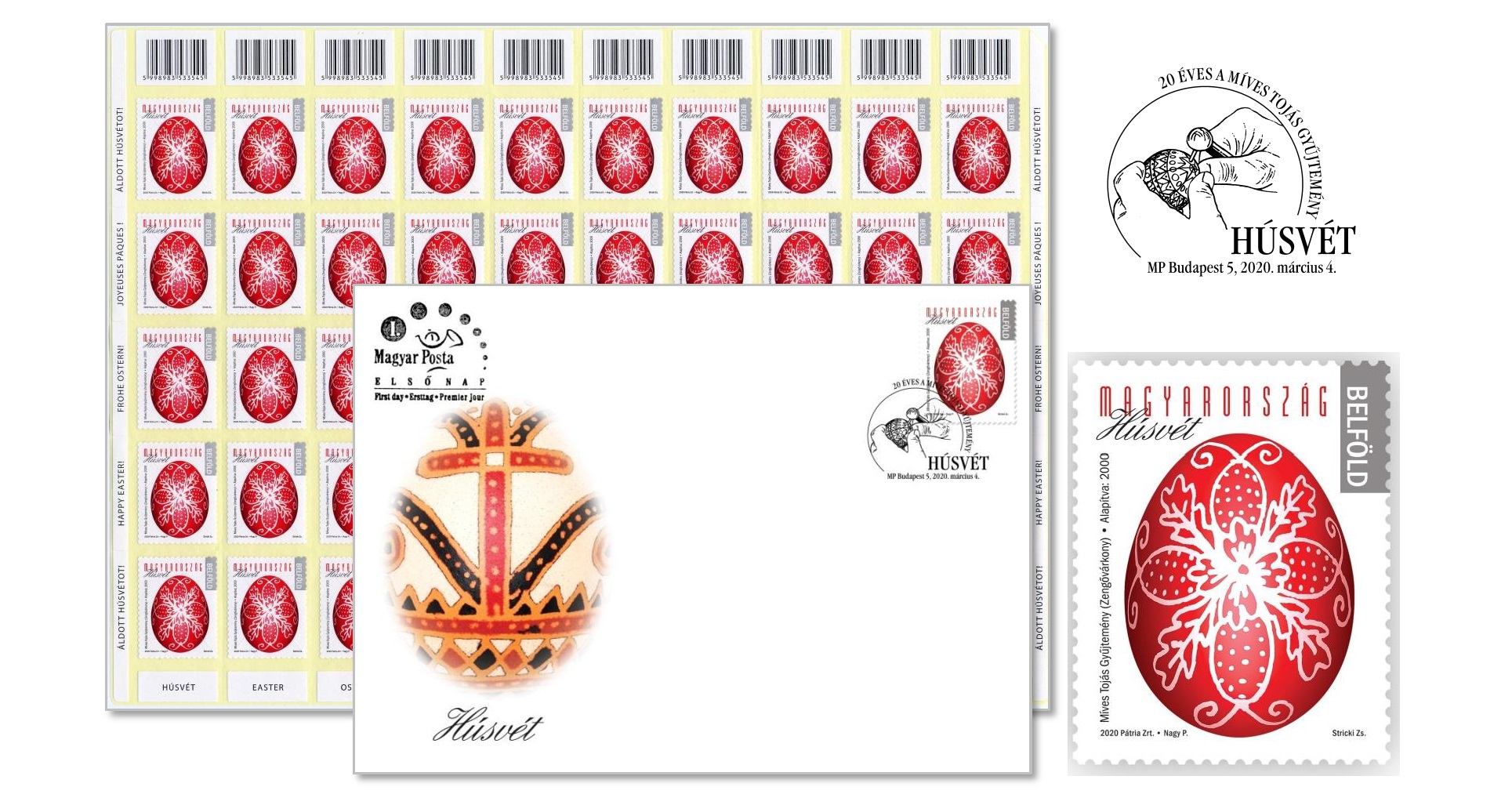 Magyar Posta is celebrating Christianity’s most important feast, Easter, by issuing a definitive stamp. Decorated eggs from the Art on Eggs Museum in Zengővárkony, which is celebrating its 20th anniversary this year, appear on the self-adhesive domestic stamp with no value indication and its first day cover. The stamp was designed by the graphic artist Péter Nagy and produced at the Pátria Printing House. The new issue is available from Filaposta, philately specialist services, certain post offices and www.posta.hu.

The egg motif used for the stamp is called “Oak leaves with spotted acorns” by its maker, Mrs Zsuzsanna Katona Stricki, who was born in Zengővárkony, where she still lives and practises the art of egg decorating today. Having learnt the craft from celebrated egg decorators in the village, mainly her relative Mrs János Bognár, who is mentioned in an authoritative encyclopaedia on Hungarian ethnography, she developed her artistic skills to become a noted practitioner of the tradition.

The egg on the front of the first day cover has a sacral pattern, the dominant motif being a red cross, which stands out and radiates due to the lighter coloured frame and the axial dotted lines. The attractive composition at the base of the egg and space-filling diagonal ornaments emphasise the cross. The strong colours within the light frame, black representing grief and red the blood of Christ and resurrection, express the message of Easter. The creator of the egg, Mrs Csilla Szendrő Bérczi, is a Master of Folk Art, an applied artist practising the craft of egg decoration.

The design of the special postmark is a stylised depiction of an egg being decorated.The distinctive craft of decorating eggs plays a prominent role in the rich, living folk traditions of Zengővárkony today. In the collection of the Museum celebrating its 20th anniversary, about two thousand exceptionally beautiful painted eggs, including the one shown on the stamp, and eggs adorned by a variety of other techniques are on display.