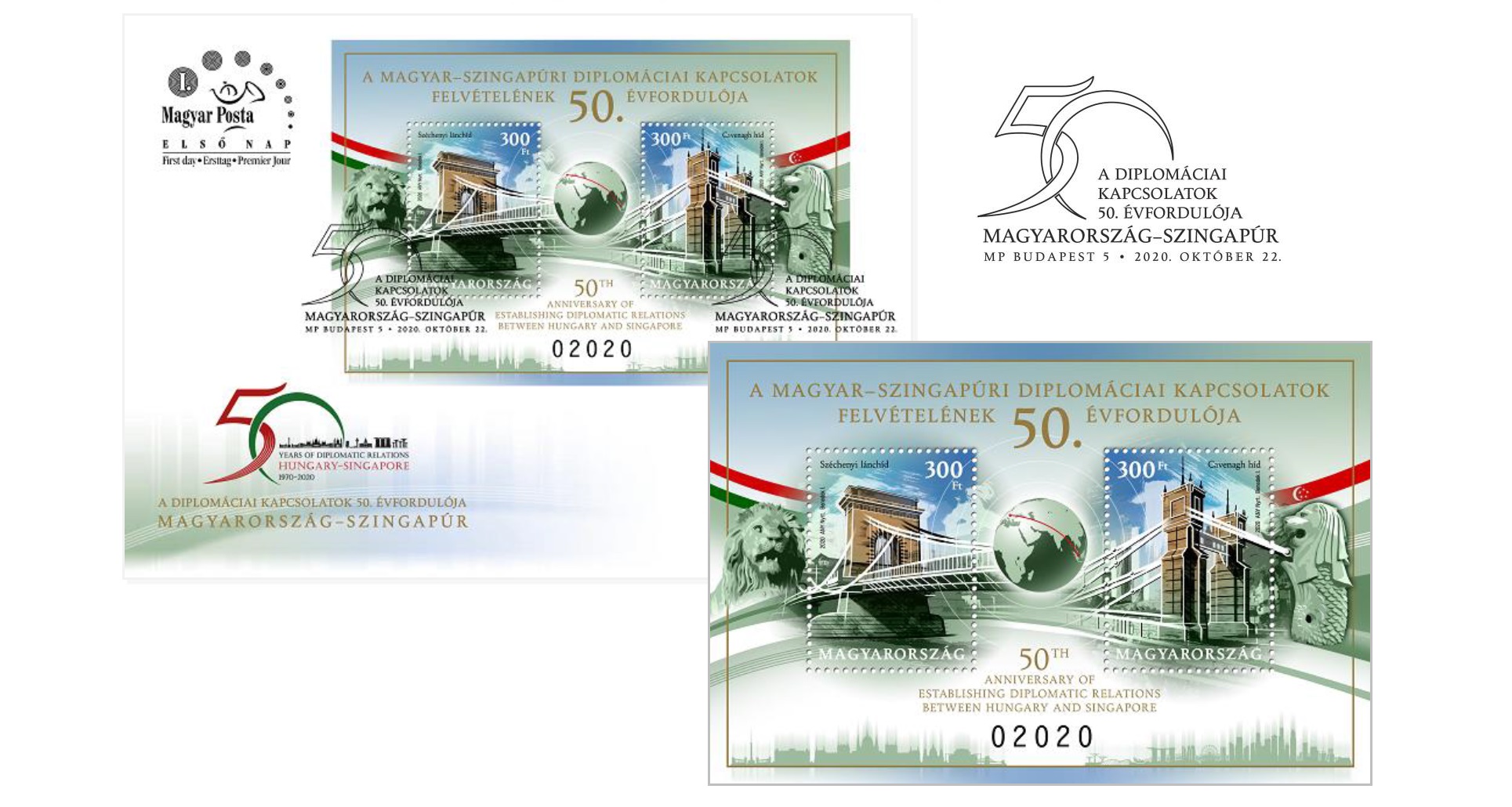 50th anniversary of establishing diplomatic relations between Hungary and Singapore

In 2020, the 50th anniversary of establishing diplomatic relations between Hungary and Singapore is celebrated. The occasion is marked by the postal services of the two countries jointly issuing a special souvenir sheet containing two stamps designed by the graphic artist Imre Benedek. Fifty thousand numbered copies of the Hungarian-issued souvenir sheet were produced by ANY Security Printing Company. The new issue will go on sale at first day post offices and Filaposta in Hungary and may also be ordered from Magyar Posta’s online store from 22 October 2020. 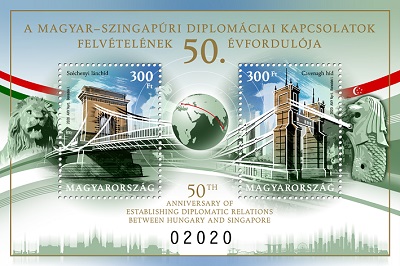 In 1970, Hungary first established diplomatic relations with Singapore, which has since become our most important trade partner in South-East Asia. The main motifs of the stamps are Budapest’s Széchenyi Chain Bridge and Cavenagh Bridge in Singapore. The Chain Bridge is the capital’s oldest bridge linking the two halves of the city, Buda and Pest, while Cavenagh Bridge is Singapore's oldest bridge, which was named after William Orfeur Cavenagh, the last governor of the territory. Statues of lions appear as continuations of the bridges on both sides. In Singapore the lion is the symbol of the nation (the country’s name literally means “lion city”) and in Budapest each abutment of the Chain Bridge is flanked by statues of lions

The national flags appear behind the lions in the border of the sheet, while the silhouettes of some iconic buildings of the two cities are shown along the bottom. The number 50 and the jubilee text “50 years of diplomatic relations, Hungary-Singapore” features in the special postmark.