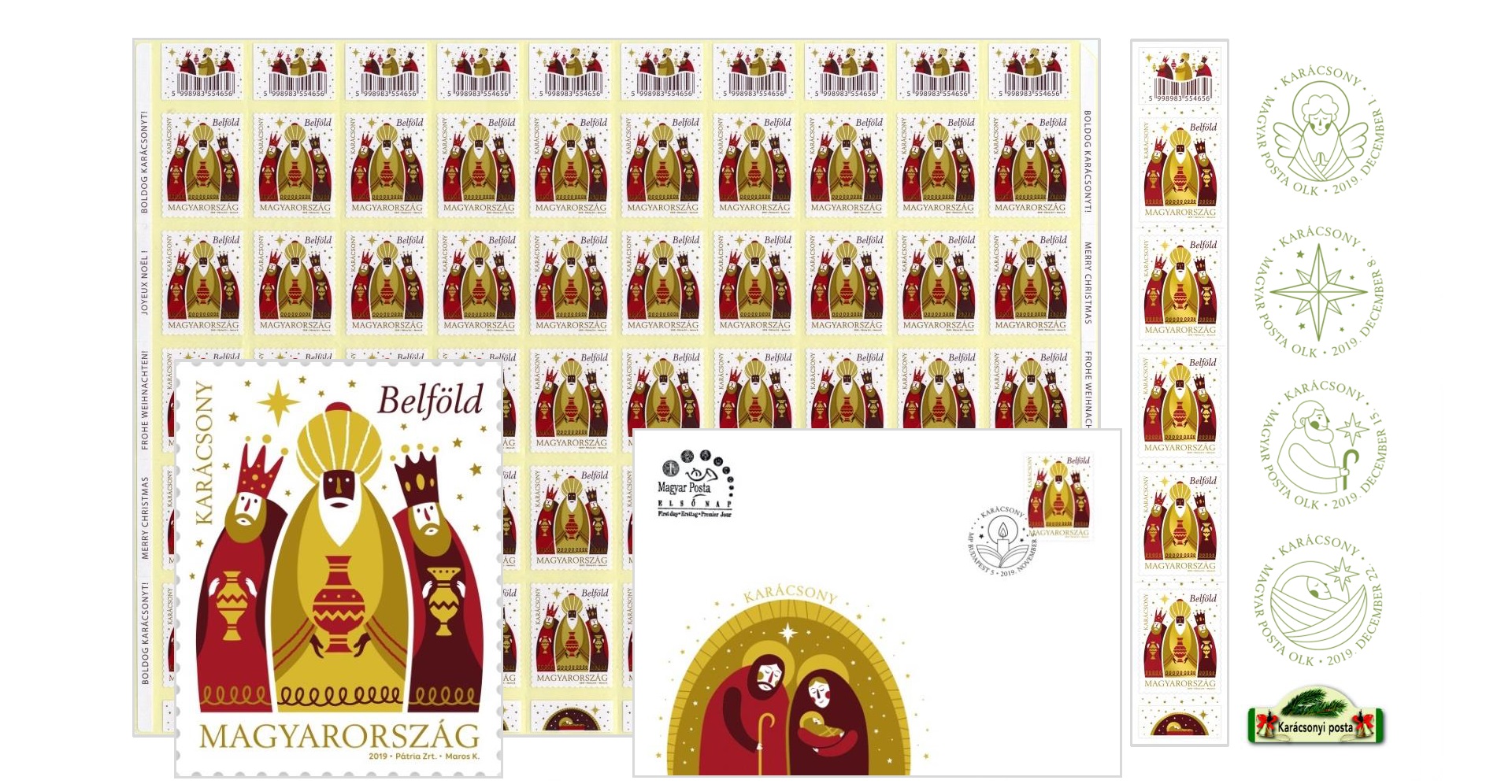 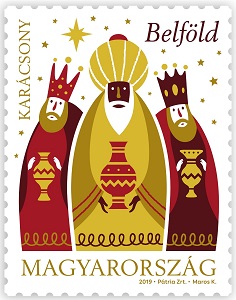 Similarly to the previous years, Magyar Posta is issuing a postage stamp for sending Christmas wishes in 2019. The stamp is self-adhesive and has no value indication, bearing the inscription “Domestic”. It is released in standard and special editions. The standard edition is in sheets of fifty stamps, while the special edition is a miniature sheet of five stamps. The festive stamp features an image of the three kings, the envelope shows the holy family, and the postmark features a candle motif. The novelties were designed by the graphic artist Krisztina Maros and were produced by Pátria Nyomda. The new issue will be available at first day post offices and Filaposta in Hungary from 5 November 2019, and may also be ordered from Magyar Posta’s online store.

The wise men of the east depicted on the stamp, as we read in the Gospel of Matthew, were led by a star to the baby Jesus in Bethlehem. Folk tradition refers to them as the “three kings”, and Attila József mentions them by name in his poem titled “Kings of Bethlehem”.The press sheet of 50 stamps is enlivened by visual elements and festive greetings in Hungarian, English, German and French on the barcode and the selvedge.

A grid, which was previously removed during printing, aids separating the stamps from the sheet. On the special miniature sheet flexographic printing was combined with sparkling paint printing, resulting in shiny details on the stamps.

Once again this year, our customers can send their greetings bearing the festive postmark in exchange for paying the service fee between 1 and 26 December 2019. The Christmas Post additional service may be requested at any post office. The standard versions of the postmark used with the green stamp ink and the “Christmas Post” indication are shown in the top right corner.