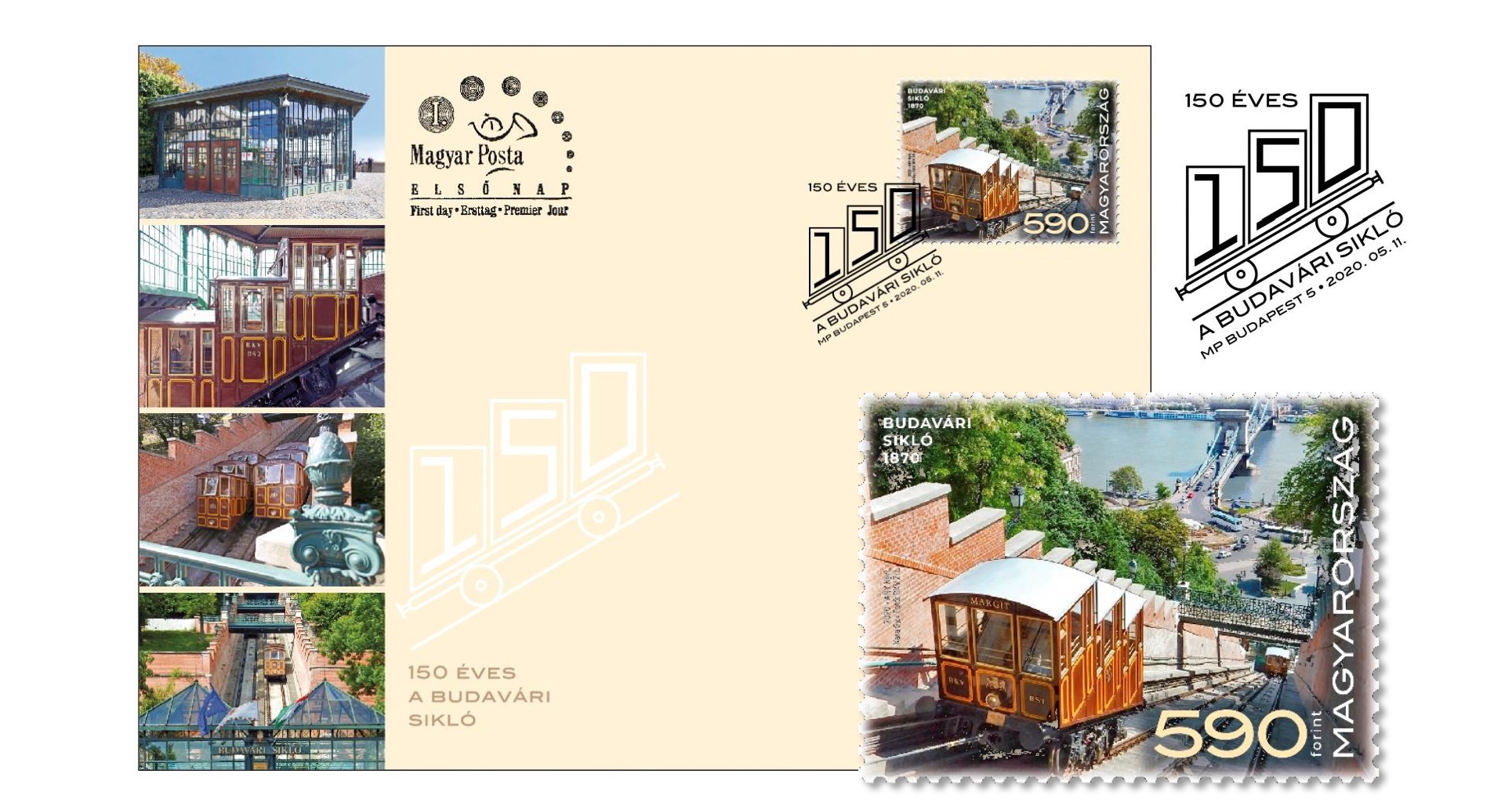 Magyar Posta is commemorating the 150th anniversary of the opening of the Buda Castle funicular railway by issuing a special stamp. Fifty thousand copies of the special stamp designed by the graphic artist György Kara were produced by ANY Security Printing Company. The new issue is available from Filaposta, philately specialist services, certain post offices and www.posta.hu. 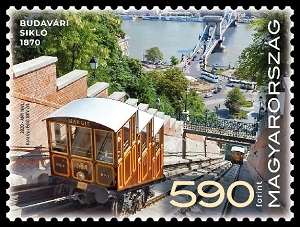 The Buda Castle funicular is a special type of railway, which provides one means of reaching the Buda Castle Palace and, as part of the view of the banks of the Danube in Budapest, has featured on UNESCO’s World Heritage List since 1987. Originally driven by steam, the funicular was built on the initiative of Count Ödön Széchenyi and was designed by Henrik Wohlfahrt between 1868 and 1870. The inauguration took place on 2 March 1870. The funicular provided its passengers with a splendid vista for 75 years until it was severely damaged in World War II. Operation was suspended until its full reconstruction in 1985. The funicular was reopened on 4 June 1986. Today it carries between 500,000 and one million passengers a year. The length of the track is 95 metres. The difference in height between the lower and upper terminals is 50 metres. The two cars of the funicular (BS1 “Margit” and BS2 “Gellért”) operate alternately. In other words, while one car heads towards the top of the hill, the other carries passengers downhill. The cars can each carry at most 24 people. The current structure was built to a speed of 3 metres per second but at passengers’ request this was reduced by half in 1988.

The main motif of the special postage stamp is the BS1 “Margit” car and the Danube panorama with the Chain Bridge. On the first day cover characteristic pictures of the Buda Castle funicular’s track and cars are captured. The special postmark features a stylised drawing of the funicular’s car.