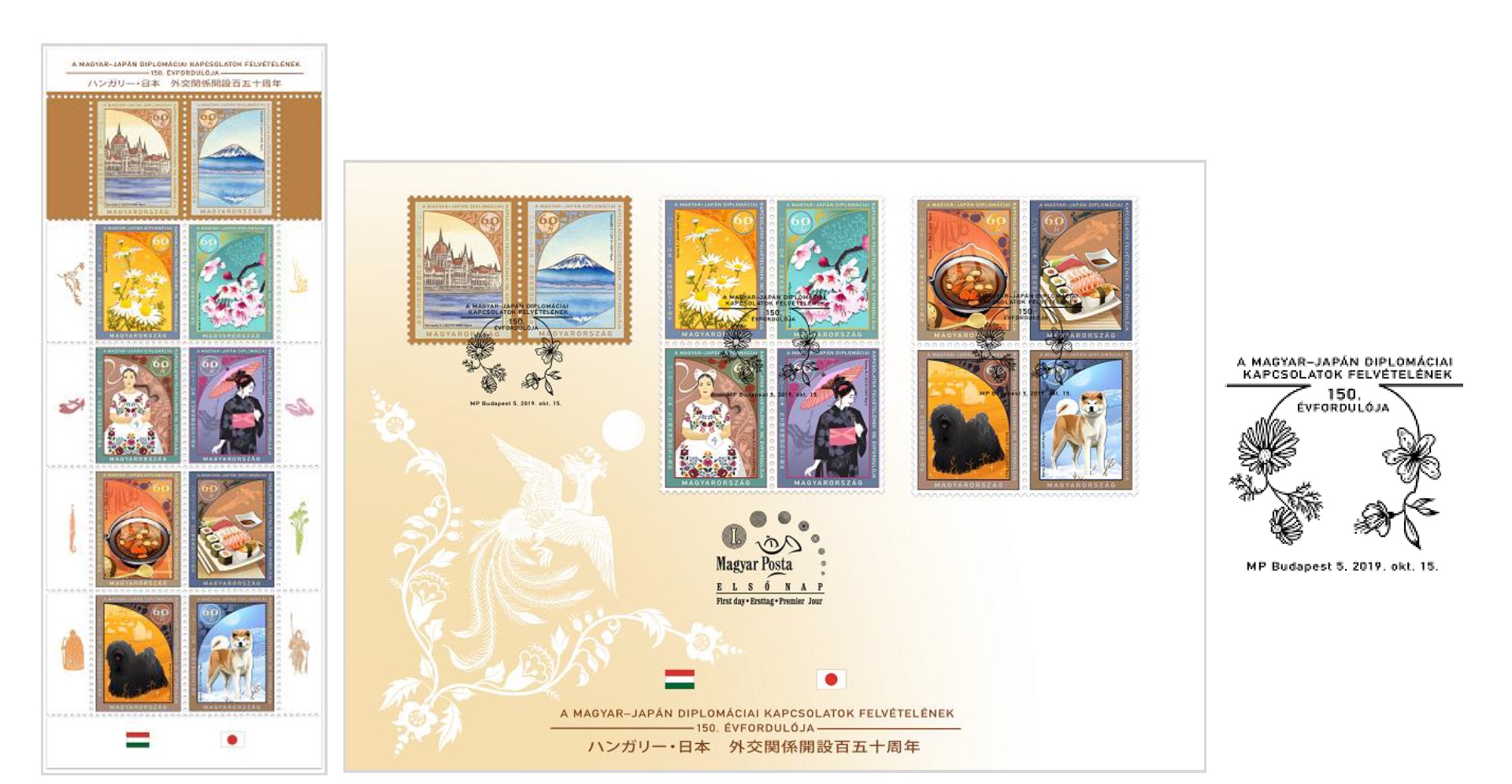 On the occasion of the 150th anniversary of the Hungarian-Japanese diplomatic relations, the Japanese and the Hungarian Post will issue a miniature sheet of 10-10 stamps, 2 of them issued jointly and designed by YAMADA Yasuko. The other 8 stamps with the same theme were designed separately by the two Posts. The Hungarian stamps were designed by Ágnes Berta. Thirty thousand copies of the miniature sheet were produced by the ANY Biztonsági Nyomda Nyrt. The new issue is available from Filaposta, philately specialist services, certain post offices and www.posta.hu.

The relationship between Japan and Hungary began with the signing of the Treaty of Friendship, Commerce and Navigation, during the Austro-Hungarian Monarchy. In the years that followed, close cooperation had been established, among others, in the fields of sport, business, culture, science and trade. In the 2019 anniversary year, numerous events will take place in both countries, providing an opportunity to celebrate together and build relationships.

Five Hungarian and five Japanese motifs of the national values of the two countries appear side by side on the miniature sheet. One of the Japanese-designed joint stamps shows the Hungarian Parliament Building with the Danube in the foreground and Mount Fuji on the other denomination. Other stamps shows side by side the camomile flowers of the Great Hungarian Plain and cherry blossoms, the folk costume of Kalocsa and the kimono, goulash soup and sushi, along with a puli and an akita dog. The envelope features an image of a Japanese phoenix with the typical motifs of Kalocsa. The postmark shows the interwoven tendons of chamomile and cherry blossoms.