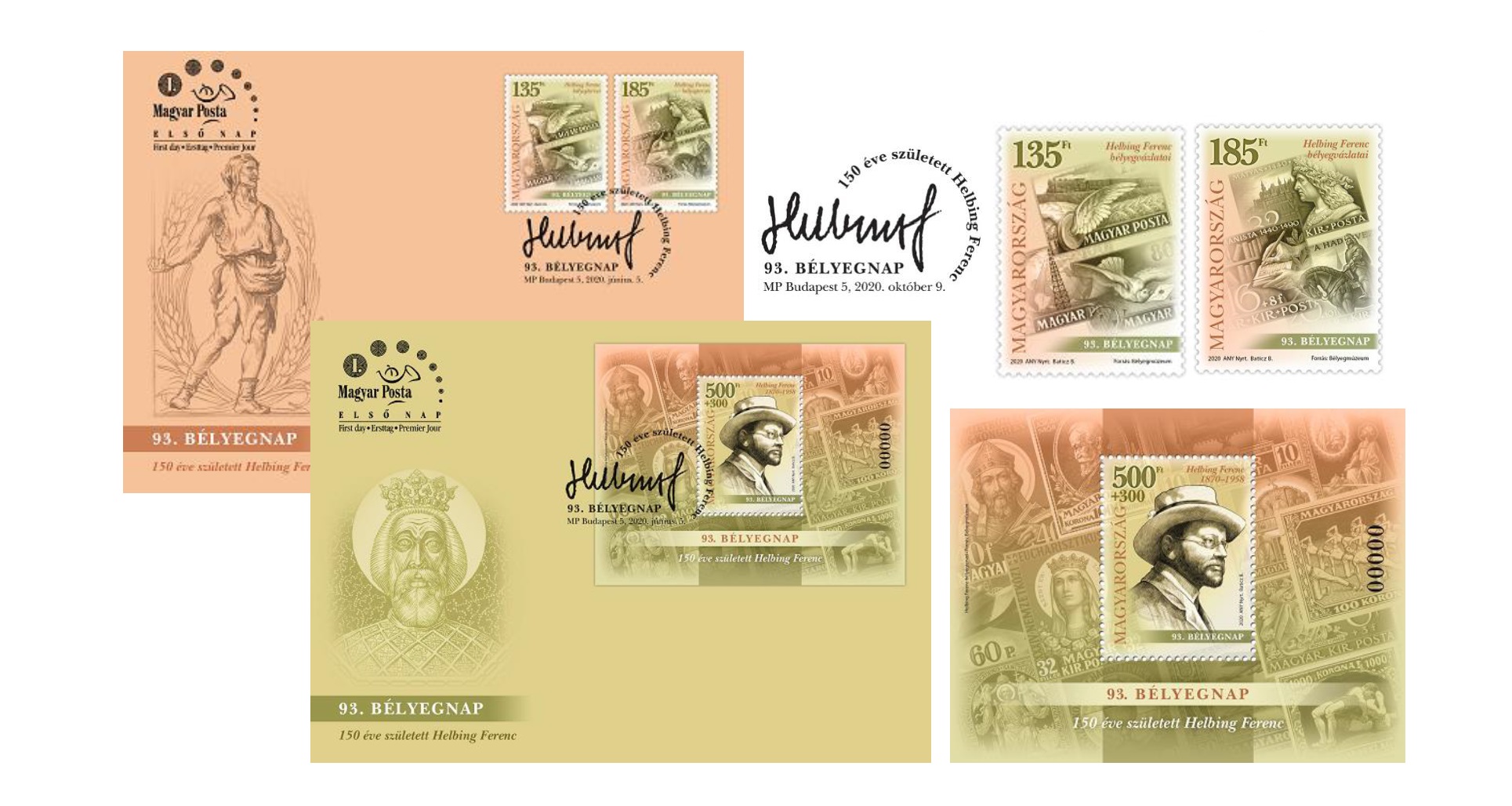 Magyar Posta is issuing a pair of special stamps with different denominations and a numbered souvenir sheet with a surcharge to mark the 93rd Stamp Day, which will be held as a joint event with the 19th Temafila and 4th Aerofila Stamp Exhibitions at the Budapest headquarters of the National Federation of Hungarian Philatelists between 9 and 11 October 2020. The new issues designed by the graphic artist Barnabás Baticz were produced by ANY Security Printing Company and will be available at first day post offices and Filaposta in Hungary and may also be ordered from Magyar Posta’s online store from 9 October 2020. Magyar Posta devotes the HUF 300 surcharge on each souvenir sheet to supporting organised stamp collecting in Hungary. 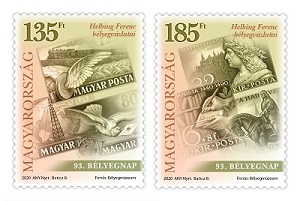 The stamps marking the 93rd Stamp Day commemorate the 150th anniversary of the birth of one of Hungary’s most important stamp designers, Ferenc Helbing. The Hungarian graphic artist, painter and lithographer, who was born in Érsekújvár (now Nové Zámky, Slovakia) in 1870, was rector of Budapest’s College of Art and Design for almost a decade. Helbing was considered a pioneer of Hungarian advertising art whose designs included Art Nouveau book illustrations, banknotes and coins, certificates and posters. 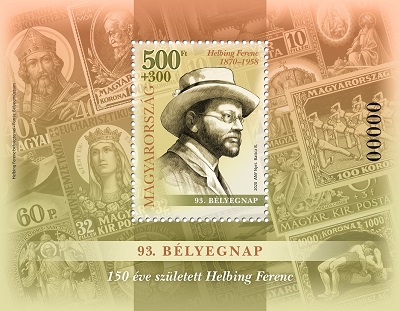 He also designed the Crowned Madonna, which appears upside down in a misprint of the 5,000 korona denomination version, making this one of the most valuable Hungarian stamp rarities.

A portrait of Ferenc Helbing is featured in the stamp of the souvenir sheet. Details of the graphic artist’s never realised stamp designs are shown on the stamps, the border of the sheet and the first day covers. The artist’s signature is used for the special postmark.