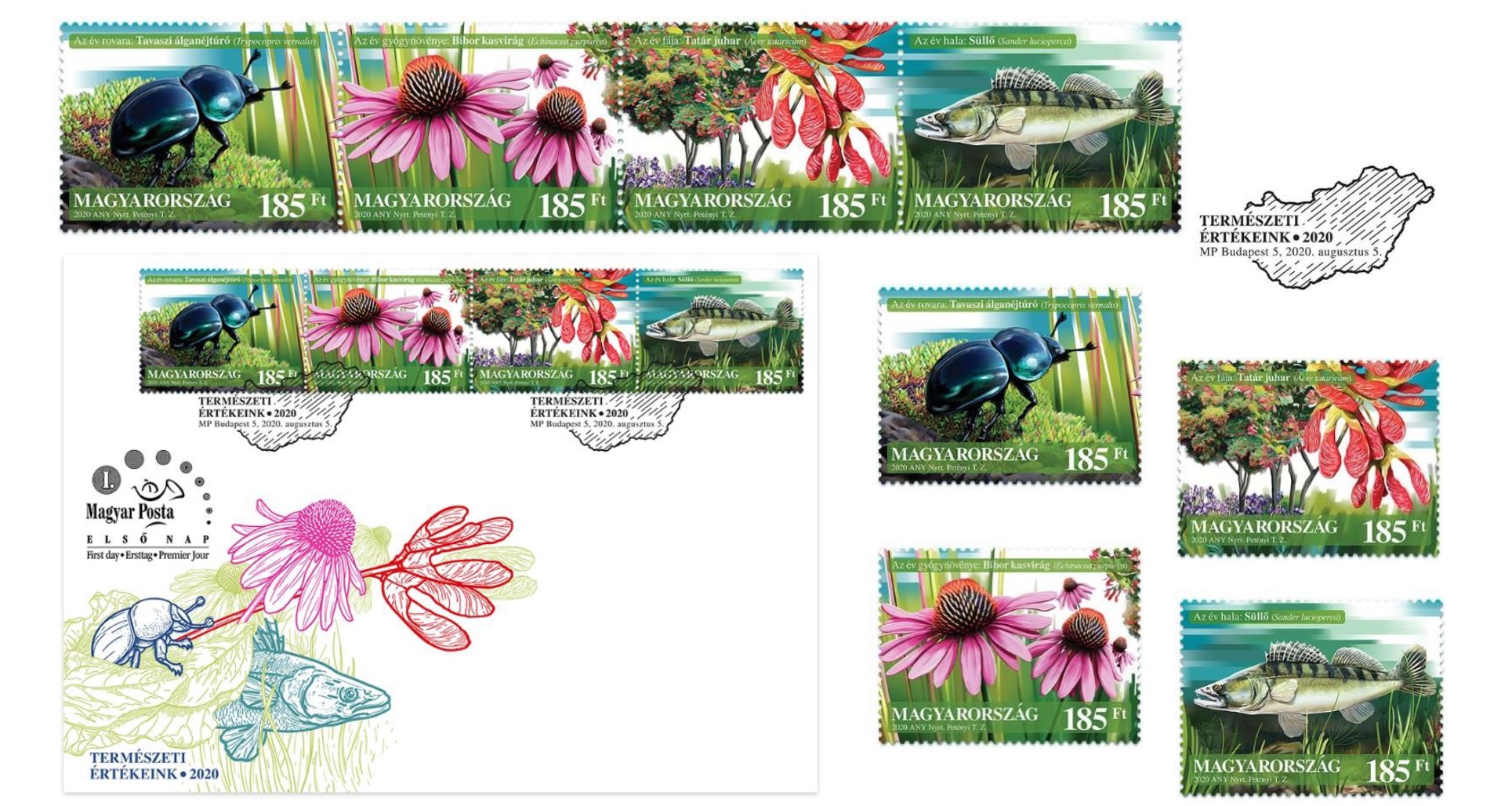 The four stamps in Magyar Posta’s series on the subject of Our Natural Assets in 2020 feature the dor beetle, the purple coneflower, the Tatar maple and the zander. While each of the stamps shows a particular natural asset, the graphic composition places these different elements in a single space. The stamp series was designed by the graphic artist Tibor Z. Petényi and produced by ANY Security Printing Company. The stamps were printed in mixed sheets with 30,000 copies of each of them. The new issue is available from Filaposta, philately specialist services, post offices and www.posta.hu-n.

Insect of the Year: Dor beetle (Trypocopris vernalis) • This dung beetle, which occurs throughout almost all of Europe, can be found in many parts of Hungary. It plays a crucial role because of its decomposing activity. It searches for food and a mate by day, and also flies in humid sunny weather. Six species of dor beetle live in Hungary.
Medicinal Plant of the Year: Purple coneflower (Echinacea purpurea) • Originally from North America, this plant is grown in Hungary. Its roots and the parts that grow above ground strengthen the immune system and fight bacteria and viruses, and are efficacious against colds internally and for treating small wounds externally.
Tree of the Year: Tatar maple (Acer tataricum) • This tree species is typical of wooded steppe and also occurred along the migratory route taken by the ancient Magyars towards present day Hungary. Regrettably, their numbers on the Hungarian Great Plain are now very depleted. This is an important tree species in ecological terms as its leaf litter decomposes easily, which helps protect the soil.
Fish of the Year: Zander (Sander lucioperca) • This large fish with an elongated body is widespread in Hungary. The piscivorous species is known as the noblest predator among anglers. Its high quality flesh is free of bones, making this a favoured ingredient in fish gastronomy.
The first day cover features a composition of these four elements, while the postmark shows an outline of Hungary.