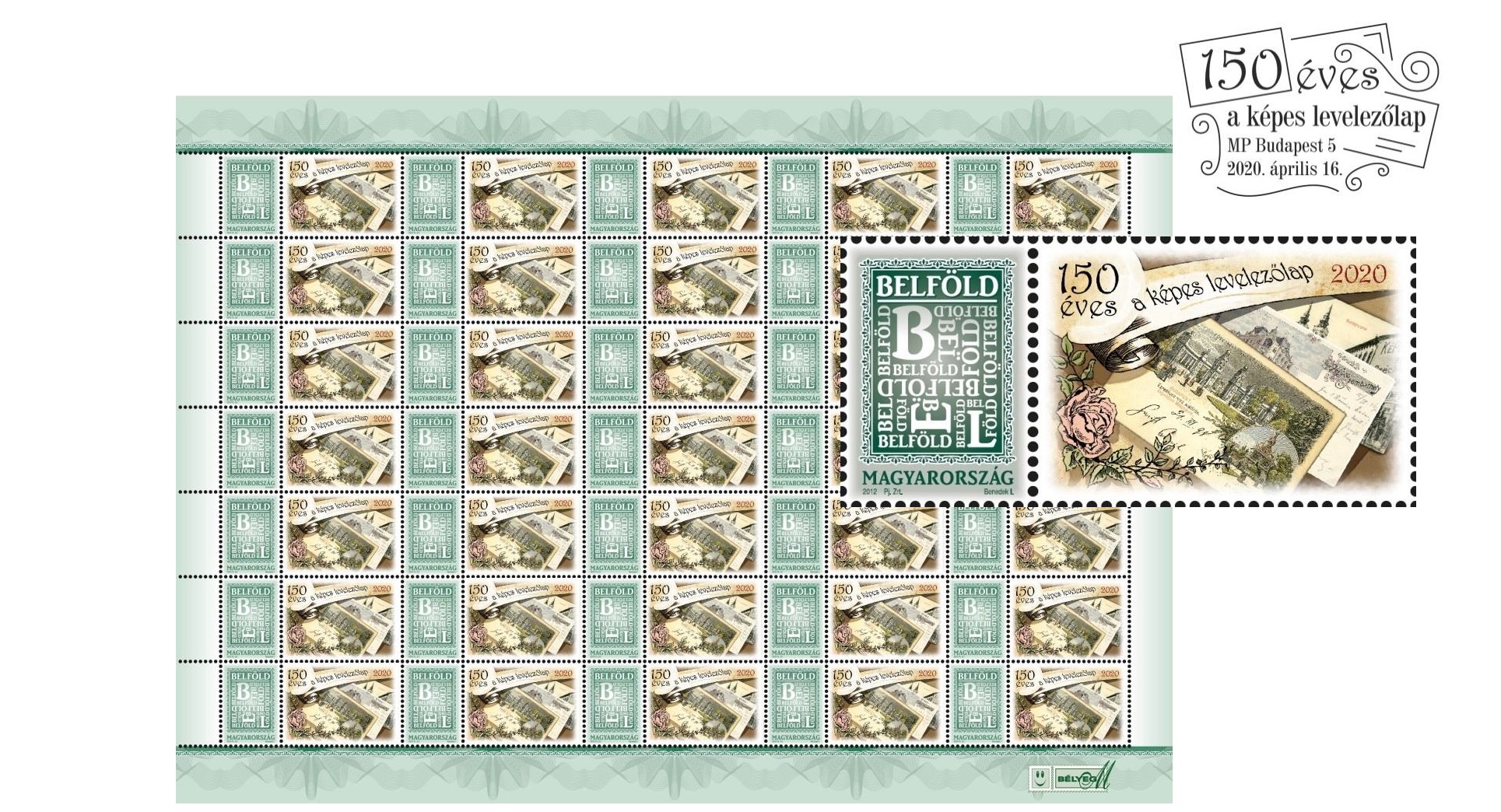 150 years of the picture postcard

Magyar Posta is issuing a thematic personalised stamp to commemorate the 150th anniversary of the picture postcard. Eight thousand copies of the stamp with a label designed by the graphic artist Imre Benedek were produced.

Nowadays there are many different ways to send messages quickly, but the picture postcard still remains popular. 1870 can be regarded as the year of the birth of the picture postcard as it was then that a merchant called August Schwarz in Oldenburg printed an impression the size of a postage stamp in the left corner of a postcard. According to the philatelic reference work Bélyeglexikon, a picture postcard featuring the Melk Abbey appeared in Austria-Hungary in the same year. In the territory of Hungary, at first Austrian and other foreign picture postcards were issued but a Hungarian series was put on the market to mark the Millennium celebrations in 1896. These showed historic events and locations in Budapest and the countryside.

The size of postcards and picture postcards were standardised by the Universal Postal Union in 1878. In the beginning messages were written on the picture side of the postcard and it was only later, in 1905, that the back of the card was divided into a part for the address and a part for the message. On the label for the stamp, one of the postcards made for the Millennium series as well as cards featuring Szombathely and Miskolc can be seen.

The postmark uses the Hungarian inscription for “150 Years of the Picture Postcard” and a stylised image of a picture postcard.