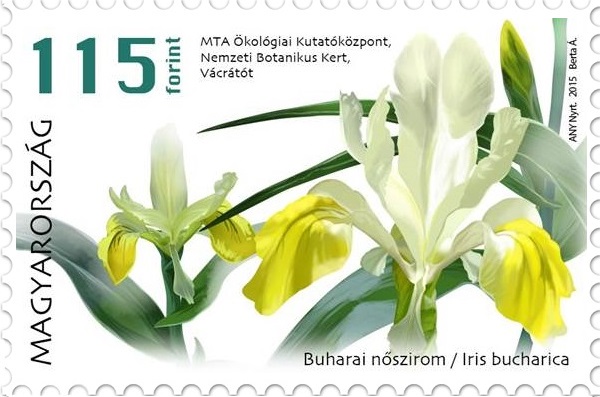 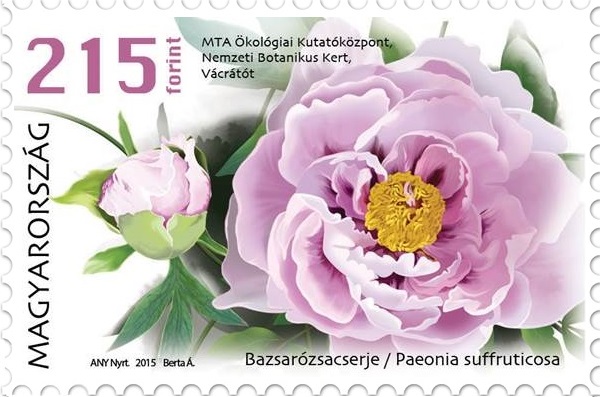 Magyar Posta is issuing a special, two-denomination stamp set on the subject of flowers. Bukhara iris (Iris bucharica) and tree peony (Paeonia suffruticosa) appear in the stamp designs. The first day cover for the stamps features the water mill in the National Botanical Garden at Vácrátót and the special postmark employs a stylised design of virgin’s bower (Clematis fusca). The stamp set was produced in cooperation with the Hungarian Academy of Sciences’ Centre for Ecological Research at the National Botanical Garden, Vácrátót. The new stamps were designed by the graphic artist Ágnes Berta and produced by ANY Security Printing Company. The stamps will be on sale in first-day post offices and at Filaposta in Hungary from 7 August while stocks last, but may also be purchased from Magyar Posta’s online store.

Bukhara iris (Iris bucharica) ● This yellow and white flower, which grows up to 40 cm, is in bloom in April and May. It originates from Central Asia. A hardy plant, it is best suited to soils which are neutral or slightly alkaline and it likes full sun. It grows well in clumps in rock gardens and raised beds. Its scientific name is derived from the golden-winged Greek goddess, Iris, the personification of the rainbow and messenger of the gods.
Tree peony (Paeonia suffruticosa) ● The flowers of this small shrub, which open in the first half of May, come in a variety of colours from snow white to blackish red through pink and an assortment of shades of red in between. Depending on the type, it may have double, semi-double flowers or single blooms with yellow stamens. It should be planted in deep, humus-rich, well drained soil in a protected, warm sunny spot. Tree peony is native to China, where it is considered to be the emperor of flowers.
HAS Centre for Ecological Research, National Botanical Garden, Vácrátót ● The first record of the garden at Vácrátót dates from 1827. In 1871 Sándor Vigyázó bought the property and at vast cost transformed the park around his country house into a romantic landscape garden. The stylistic elements of this – the divided spaces, the interconnecting lakes, the artificial waterfall, the broad swathes of grass, the large glades lined with strikingly coloured or unusual species of tree – and the garden structures suggesting the romance of the past (the watermill, the artificial ruins and the rock tunnel) can still be seen today. Sándor Vigyázó, who died in 1921, bequeathed his wealth, library, valuable art collection, country and town houses, and thousands of acres of land to the Hungarian Academy of Sciences. During the long litigation that ensued, the valuable garden became more and more neglected. The new owners demolished the greenhouses and the country house, and built the large house that can be seen today. Half the garden was uprooted and orchards planted instead. World War II brought dreadful destruction. The property finally came into the possession of the Hungarian Academy of Sciences, and the HAS Institute of Botany was established there on 1 January 1952. The main consideration in developing the garden was to preserve the old form in compiling the new collections. Within a short period the garden was restored to a state where it could be opened to the public, which happened on 1 May 1961. Since then, continuous improvements have been made. New research and service buildings have been constructed and a thermal water heating system installed in the greenhouses and buildings. Much of the watering system has been modernised and the garden structures renovated. Since 2000, new maps and information boards have been installed for visitors and several nature trails marked. The Berkenyeház and Karbonház exhibition and visitor centres, and a new cacti and succulent house and orchid and bromeliad house were built. (Source: kertlap.hu; kolibrikerteszet.hu; wikipedia.org; botanikuskert.hu) 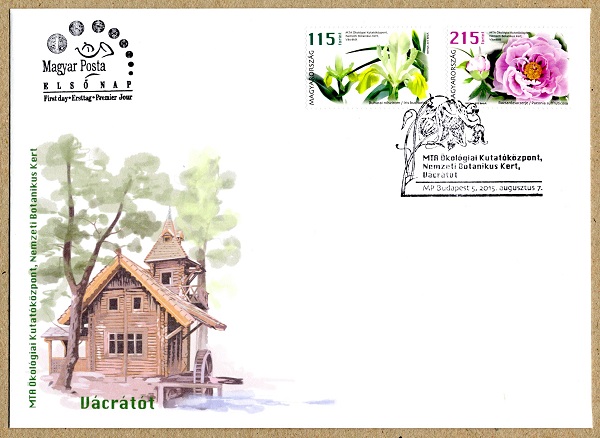